Exposure Settings: November...
​setting Shutter Speed, Aperture f-stop and ISO
Are you Missing Notes in November? see dates below-copy what you are missing and show me for a grade. Stay for extra help if you missed the lesson on loading film and setting exposures. 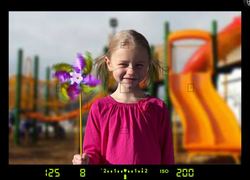 Try this Interactive Camera Simulator to get an idea of what exposure setting do for your image:
http://camerasim.com/apps/original-camerasim/web/​

Shutter Speed: is the amount of time your shutter remains open, also called exposure time. A longer shutter results in more light going through your lens and hitting your film, resulting in a greater exposure. A short shutter only lets in fractions of a second of light through your lens, and  less exposure.
​Try this realistic simulator:   http://ruleofthirdsphotography.com/interactive-shutter-speed/


The pupil is essentially what we refer to as aperture in photography. The amount of light that enters the retina (which works just like the camera sensor), is limited to the size of the pupil – the larger the pupil, the more light enters the retina.
So, the easiest way to remember aperture, is by associating it with your pupil. Large pupil size equals large aperture, while small pupil size equals small aperture.

F-Stop = Size of Aperture: Large vs Small Aperture: The iris of the lens that controls the size (diameter) of the aperture is called “diaphragm” in optics. The sole purpose of the diaphragm is to block or stop all light, with the exception of the light that goes through the aperture. In photography, aperture is expressed in f-numbers (for example f/5.6). These f-numbers that are known as “f-stops” are a way of describing the size of the aperture, or how open or closed the aperture is. A smaller f-stop means a larger aperture, while a larger f-stop means a smaller aperture. Most people find this awkward, since we are used to having larger numbers represent larger values, but not in this case. For example, f/1.4 is larger than f/2.0 and much larger than f/8.0.
Remember the lesson we learned with our Pinhole Cameras, and the aperture "glasses" (eyesight experiment); the smaller the aperture, the clearer the image, the larger the aperture, the more blur.
​

Notes for Wed 11-1-17: Read then Copy the Bold then answer the question; "What is the diference between ISO 100 and ISO 400 film?  Submit notes at the end of the period:

.....We will be taking photos in class using class cameras.
Your personal camera is for using at home and when you go out, to complete assignments. As soon as you bring in your camera and we see that you can load it, you may have film. You need to wait to have a second roll until you develop the first and we see how your camera is working. If your camera is tricky to operate, and not like the class cameras, please stay after for extra help one day to get a private lesson while we work out how your personal camera works!

Vocab word: Exposure bracketing is a term used to describe the technique of taking three or more shots of exactly the same scene using a different exposure setting for each one. The idea when using the exposure bracketing technique is to make sure you have one shot that is correctly exposed – a fail-safe method, if you like.
​​

Exposure Charts are for manually setting your camera if the cameras light meter does not work. We practiced this in class, and you should know how to read the chart below and set the f-stop and the shutter speed: 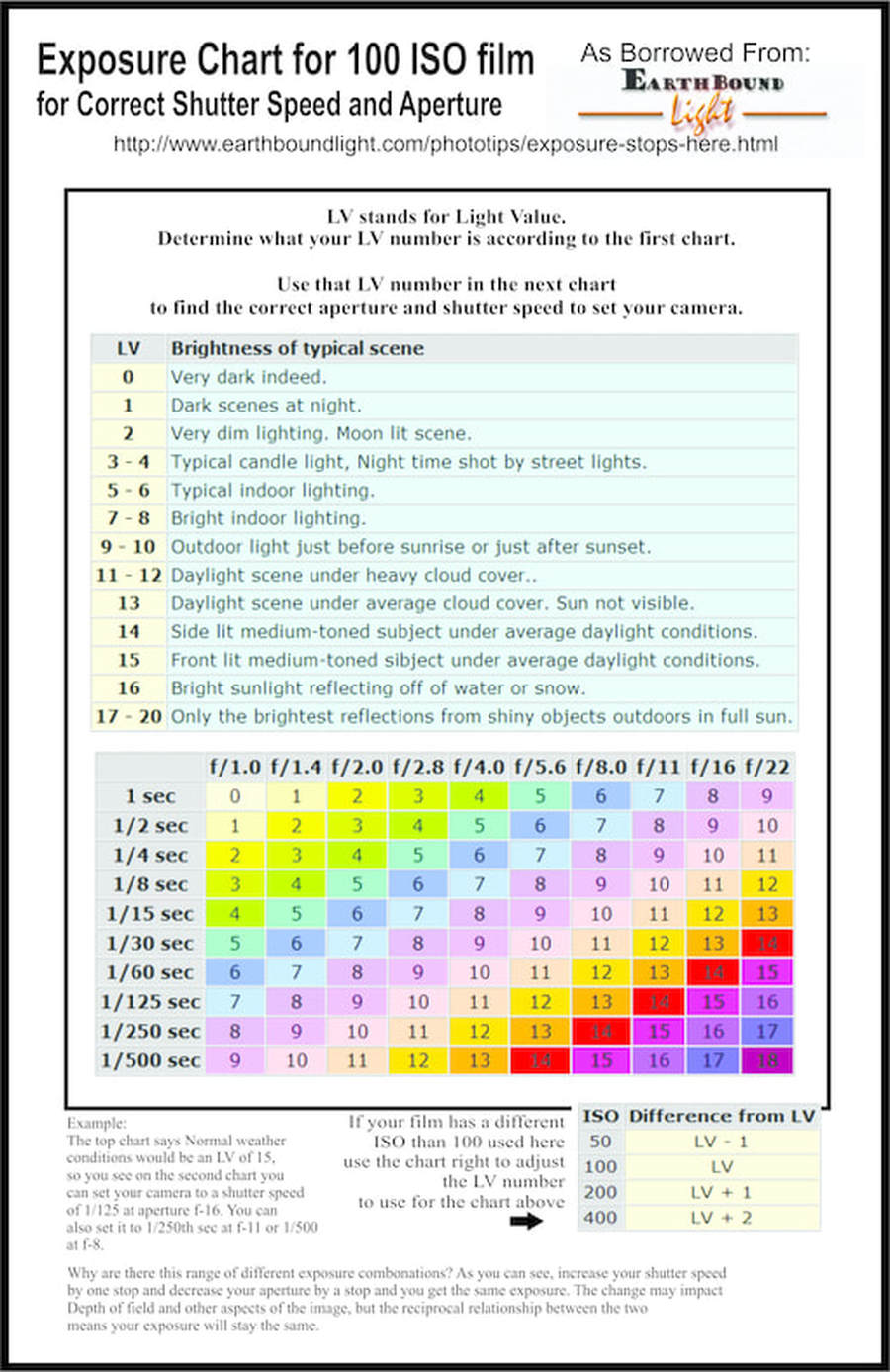