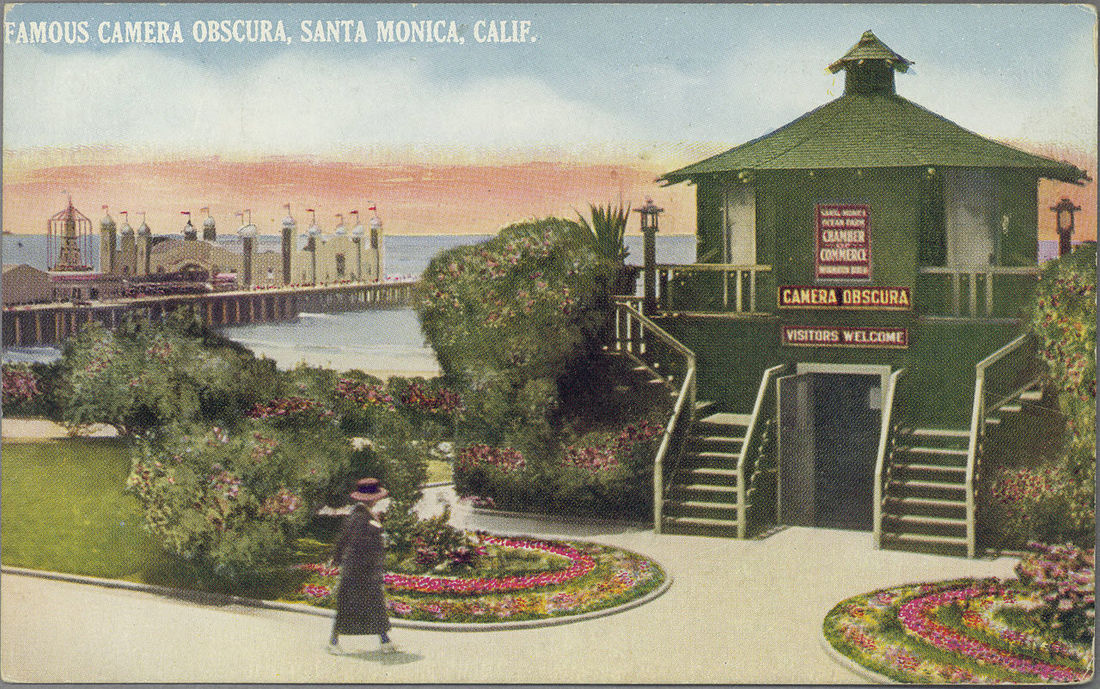 Inside a small room you will find a large white disk in the center and a wheel that allows you to steer the lens and mirror contained in the turret above, projecting an image onto the disk of whoever and whatever happens to be passing by outside.
Famous Camera Obscura, Santa Monica, Calif.
Postcard of a famous Camera Obscura, Santa Monica, California. The structure is a green building with a double stairway leading up to a second floor. An open door is between the two staircases. The surrounding grounds are landscaped with large bushes and flowers planted half circles. In the background to the left is a pier with large buildings built upon it. A woman wearing a hat walks in the foreground.; "The Famous Camera Obscura was made by Robert F. Jones, he being a nephew of the late Senator John P. Jones, the founder of the City of Santa Monica. It was given to the City of Santa Monica in 1907 and is operated by the Santa Monica-Ocean Park Chamber of commerce, no charge being made. Many thousands of people have visited this building during this period. To the left is the Beautiful La Monica Ballroom." -- printed on back.